Where it all changed - Awakening 101

7th of August 2016, a date that began a whirlwind of events, time of experiences, lessons and a lot of personal and spiritual development.

It was a sunny Sunday morning, great temperatures of the London summer that we hadn’t seen for a very long time. As we were sitting outside for breakfast, with my mum and partner discussing our family BBQ later that day, I noticed some thorns on the pathway across the lawn and thought I better move them out of the way so that they don’t scratch the kids. I took the garden scissors and began to snip away, before I knew it I got lost into the gardening with pleasure and enjoyment tucking away at any weeds. Shortly after I began, my grandma arrived and began trimming our vine. Between the two of us, we were exploring the garden produce and planting new seeds.

Lunch had been and gone, the kids were playing in the garden and dessert was being served. I began to feel a tickling sensation by my eyes, and knew that something was about to go down. Quite quickly, the tickling sensation turned into burning and the burning into itching. I looked in the mirror, and it had begun again, my eyes had inflamed and something told me that this time it was different. I say this time because this had happened to me the year before, (2015) when I had an allergic reaction to a skin care product from a supermarket, which I unintentionally used. The difference this time was that it couldn’t have been a skin care product and it felt different!

I pulled together a few concoctions of products that had previously worked for me, and quite quickly my eyes felt soothed and the itching and irritation began to reduce.

( This photo was of the following day)

The next day I was due to see my doctor for a general health check up, as I hadn’t been to the doctors in over five years. This health check was quickly overtaken with the sight of my eyes! Naturally, the doctor wanted to give me something to put on my eyes. I told her I didn’t have concern for my eyes and I just wanted to proceed with the general health check-up; but her persistence for me to take antibiotics and steroid creams continued. Whilst many people may be comfortable with antibiotics and steroid creams, after many bad experiences growing up, steroid creams came off my list as an option and they were definitely something I could not consider putting on my face, especially as they thin out the skin. Being partnered with a health and beauty company, helped me to understand the importance of what goes on our faces more than the rest of our bodies but this wasn’t something that the doctor seemed so bothered about, which I can fully understand that she was just doing her job. After I left, I got myself some antihistamines and then continued with practices that I knew worked for me including meditation, energy healings and natural remedies.

After a few weeks of fluctuating flare-ups and discomforts I decided to take a new approach. I contacted one of my mentors, who is a raw food chef, and has led me through many cleanses in the past, for some advice as to what to do. She guided me through another cleanse, and told me what I should avoid and to help what we now knew was lead poisoning! Throughout this process I came to learn a lot about nutrition, the impact of nutrition on the physical body, especially when the body is under stress; from vegetarian I now became a vegan, who had also cut out refined sugar, 4 months before. The comments began, followed by judgements and opinions of everyone else what I should do! The only thing that felt right, was clearing my diet out allowing my body to do what it amazingly could do naturally, without me getting in the way, (well as best as I could anyway hehe) there were times in which the flare ups became so bad, I looked like this :-(

The thought of leaving my house, was one that never had much consideration! It wasn’t so much how I looked, but it was more how people were looking at me, as if they felt sorry for me, I just couldn’t handle the idea of being pitied. Time was passing by an unprecedented rate, and all of a sudden my earthday (I’ll explain this term another time) was approaching, I couldn’t believe how quickly time was flown by and these F***ing flareups was still happening! I Just couldn’t understand why they were still present and weren’t budging! What else did I really have to learn? I was sitting on the edge of my bed, sobbing like a 5 year old and my partner not knowing what to do with me, and I just kept asking “why me, all I ever wanted to do is help people, so I help! I want to make sure people are happy, so I go out of my way to make them happy and now I have this! Why?? What could I have possibly done that was so bad I need to be taught this lesson this way?” He then replied to me saying “if you were standing in my shoes and the roles were reversed, what would you say to me?” My immediate response was, “who better than me!” I quite quickly got over myself and started focusing on being well and letting go of anything that was out of my control. I took to my product box, applied my products and drank water for only that day. Days went past my skin had been improving rapidly, it was suddenly 12 October the day before my earthday and I remember feeling really happy, for the 1st time in a very long time. The decorators were in touching up paint jobs and I was gathering things to do for the next day, exploring & trying out a new vegan restaurant in town, with my numero uno! Excited and happy I went to bed on cloud 9… but of course, I couldn’t stay that way….! I know you can feel it, it’s coming…

That’s right, at 3AM I suddenly woke up as my face was burning, I ran to the bathroom, and looked in the mirror! Tears came streaming down my face, quicker than you could say HI! I looked like I had, had 12 rounds with Tyson, My eyes could just about open, and I couldn’t stop looking at myself with a heavy heart, (wow even now it brings a few tears to my eyes, only this time with joy in how far I’ve come). I put cold water on my face, I woke up my partner because I just needed a hug, he held me and reassured me that, this too would pass.

We went back to sleep and woke up some hours later, to messages and missed calls. Then the skype calls started coming in, and I couldn’t help but cry, from the disappointment, discomfort and the fact that it was MY F***ing day! By the time I took my first Skype to my dad, I looked A LOT better…

I had to smile, because I knew it was my only way out. I didn’t want to leave my room and we were now back to square 1, as we went downstairs the builder was there, he saw my face and was shocked. I told him that I had a reaction to something; my gut was that it was the paint! I had a look, and there it was, LEAD!

This time it was so intense, that I called the NHS Helpline (National Health Service) They advised me to go to the hospital to get checked out. So we did, I was seen quickly because they could see how bad it looked; told the Dr what had happened and what I thought it could have been, with no blood or urine samples, he agreed and was ready to prescribe me the good old steroid cream for my face, I said no thank you, and left.

All I wanted now was to go home, sit in a lavender & salt bath and have some Chips (French Fries).

By the time I had a bath, this is where things were; I was done for another day, I let me skin breathe, be bathed with the lavender water and back to sleep I went.

The next day, we were going for a spa weekend to celebrate, so now feeling much better, off we went! We were greeted with an afternoon tea, (vegan version for me) & a glass of champagne.  The feeling was beautiful, I felt good again. We finished and soon went off to the spa, where we spent the rest of the day. I could see my skin improving and happiness was setting back in, this was now the beginning to my recovery… this is where the best of me began to unfold…

Stay tuned for the next blog, Thank you for being here, With Love, Katerina 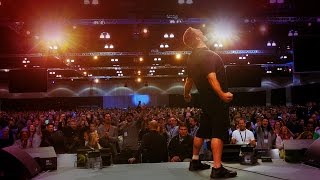 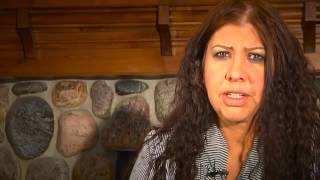 Understanding Symptoms from a Spiritual Perspective...

What would happen if you knew how great you are?

Understanding Symptoms from a Spiritual Perspective...

Where it all changed - Awakening 101